According to Nicolai Lazarev, “an adaptogen is a pharmacological substance capable of inducing in an organism a non-specific state of increased resistance enabling it to counteract stress signals and adapt to exceptional effort.” The term is reserved only for medicinal plants described as “increasing resistance to stress, concentration, performance and endurance in cases of fatigue or stress.”

Ginseng is a perennial plant with a large root, rather forked in shape, light yellow in color, and which may have an anthropomorphic appearance. The root cannot be harvested until the plant has reached a minimum of six years of age. 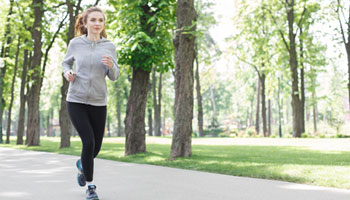 Traditionally, “white ginseng” corresponds to the root when it is washed then dried in the sun or in an oven. “Red ginseng” owes its reddish-brown color to being steamed (passed through damp heat) before drying.

Its traditional use, initially reserved for the Emperor and great feudal lords, dates back to Antiquity. In the West, it has enjoyed great success since the 18th century. Its name “Panax”, panacea, indicates that it is reputed to be able to treat everything.

Today, ginseng is mainly used for its general tonic action on physical and intellectual performance. In China, ginseng is still used as a male aphrodisiac.

Eleutherococcus, also called “Siberian Ginseng” or “Devil’s Bush”, is a thorny shrub with palmated, long-stalked leaves, from the same family as ginseng (Araliaceae). Eleutherococcus is native to China and Japan. The fruit from this plant are black berries with five kernels.

Eleutherococcus root was traditionally used by Siberian shamans and formed part of many Chinese medicine preparations.

Today, it is used in cases of physical and intellectual fatigue, in elderly people or those taking exams. It is thus valued for its revitalizing and tonic properties.

Eleutherococcus root is rich in a group of constituents called eleutherosides. These components contribute to the “adaptogenic“ properties (adaptation of the body to different situations) that are attributed to it. Indeed, eleutherococcus root improves the body’s capacity for physical effort, increases speed of execution and facilitates recovery.

This plant has even been used by Russian astronauts for better adaptation to space, and by athletes from countries of the former Eastern Bloc to obtain better performances.

Rhodiola, the plant of emotional calm

Rhodiola, also called “golden root” or “Arctic root,” is very widespread in northern Europe and in the mountainous regions of Europe and Asia. More than 200 different species belonging to the Rhodiola genus have been identified, of which at least 20 are used in traditional Asian medicine. 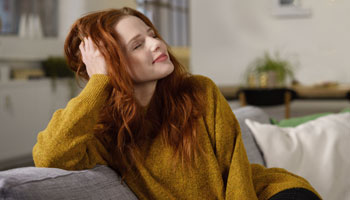 The rhizome of Rhodiola rosea contains some specific and characteristic components of the phenylpropanoid family: rosavin, rosin, rosarin, hence its rose smell.

Like ginseng and eleutherococcus, rhodiola is also a plant said to be “adaptogenic.” It enables the body to adapt more easily to different situations. Ideal for helping to cope with a stressful period (exams, etc.), rhodiola is also used to facilitate relaxation and regain calm and serenity.

Apart from its relaxing properties, rhodiola is also invigorating. It is therefore not recommended to be taken in the evening. In Siberia and Scandinavia, its use as a tonic plant has been known for at least 3,000 years.