Allies for your joints

Sensitive joints need to be treated differently during the day and night: some plants, used alone or in combination with vitamins, minerals, or other compounds, contribute to provide a suitable response to each moment of the day.

Turmeric (Curcuma longa L.) has been known for millennia, especially in Asia, as a source of spice. It is one of the main ingredients for curry. The turmeric rhizome, which for centuries has held a prominent place in Indian traditional medicine, has been the subject of numerous studies. The turmeric rhizome is rich in polyphenols: curcuminoids. Among them, curcumin is a yellow pigment of turmeric.

It is the primary constituent that is often used as a spice and coloring for food. Rich in curcumin, turmeric is known for its action on the joints and its antioxidant properties.

Black pepper (Piper nigrum L., Piperaceae family) is one of the most widely used spices in the world, well known for its pungent compound, piperine.

Black pepper has antioxidant properties. Piperine is the primary alkaloid of pepper. It acts as a potentiating agent for turmeric and improves its bioavailability.

Egg membrane powder is obtained through a patented production process.

The membrane is a protective barrier naturally rich in elements that are beneficial for health, such as collagen.

The effectiveness of manganese in the formation of connective tissues (including those for ligaments, tendons, cartilage and bone) is recognized by the European Food Safety Authority. Manganese plays a role in maintaining healthy bones.

Chondroitin is an essential constituent of cartilage and is naturally produced by the body.
It contains sulfur amino acids which are essential for the formation of cartilage molecules in the human body.

Polygonum cuspidatum is a plant known to have a high content of resveratrol, a molecule that for decades has continued to generate interest from scientists. It has been used in Chinese traditional herbal medicine for many years for its great potential health benefits and antioxidant properties.

The effectiveness of vitamin D on bone health is well established. It helps to maintain healthy bones.

Harpagophytum is a plant native to southern Africa that grows wild in particular in the Kalahari Desert (Namibia, Botswana). It is also known by the name of “Devil’s claw.” Harpagophytum is traditionally used to promote joint flexibility and well-being.

Naturally present in large quantities in joints, hyaluronic acid is the primary constituent of synovial fluid.

Magnesium owes a lot to French researchers who proved it was an essential mineral. Magnesium helps to maintain normal bone structure.

Vitamin C, known as ascorbic acid, works at various levels. It contributes to the normal formation of collagen to ensure the proper functioning of the bones, cartilage and skin.

Collagen is a protein present in all of the body’s structures: skin, cartilage, tendons, ligaments and connective tissue. The production of collagen in the body reaches its maximum at the age of around 20, then gradually decreases. From the age of 50, collagen production drops significantly, which can lead, for example, to a degradation in cartilage regeneration.

Collagen accounts for 30% to 35% of the body’s total protein and is naturally present in the body. 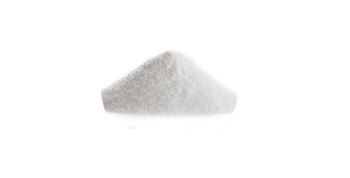 Glucosamine is a substance naturally produced by the body from glucose and glutamine, an amino acid. Glucosamine produced in this way plays a role in the synthesis of glycosaminoglycans (GAGs), key elements of cartilage structure. When the process of glucosamine production is disrupted, cartilage begins to wear and joint pain appears.