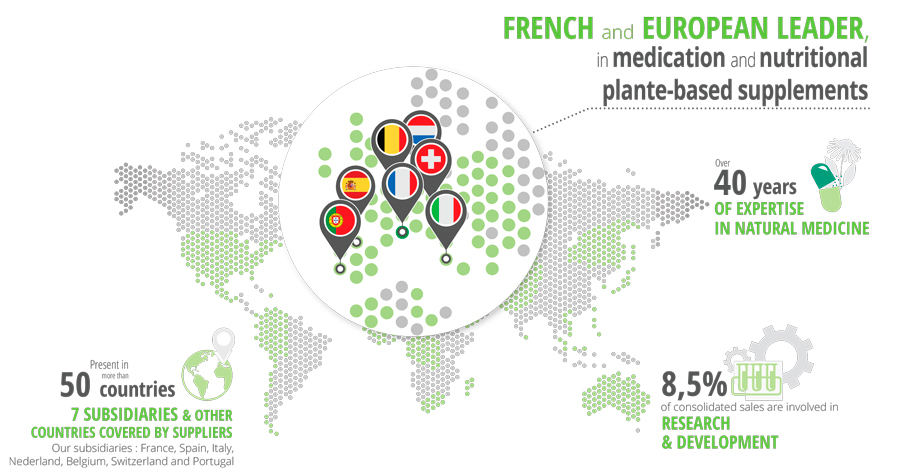 Eric Panijel appointed CEO of the Group.
Arkopharma celebrates its 40th anniversary. From 1980, we have been transforming the intelligence of nature into effective health solutions, combining science, controlled origin and perfect safety. And we intend to continue growing alongside you. Thank you for your trust and loyalty!

Acquisition of its Portuguese distributor, DISTRIFA.
11th largest company in terms of employees.
16th company based on total turnover.
5th company in the “natural and synthetic chemistry” sector.

Acquisition by Montagu Private Equity in July 2014, a new shareholder and a new partner.

2013 was characterized by solid growth in France and abroad.
Arkopharma signed its ESR charter (Fair Trade, Solidarity and Responsibility).

Return to growth for Arkopharma.

Merger of sales networks in France: a strategic choice to enhance customer relations and satisfaction.

Arkopharma took itself off the stock market
Action plan to improve the Group’s operating margins,
with a decision to reduce the product portfolio and launch an ambitious advertising campaign to boost the Group’s flagship products.

Acquisition of the Belgian distributor and creation of a subsidiary in the Netherlands. Opening of a new factory in Ireland. Transformation into a company with a Management Board and Supervisory Board.

Listed on the “Second Market” of the Paris Stock Exchange.

Arkopharma took an innovative approach to the manufacture of its plant-extract powders and set up a cryogenic grinding system, which enabled all the active ingredients extracted from plants to be fully preserved in the final product.