Arkorelax® - A good night's sleep has never been so natural

Breathe in, breathe out... There is no shortage of stressful everyday situations, whether it is before an important appointment or during exams. To combat stress, in addition to anti-stress, habits and exercises, there are anti-stress plants that can help you get rid of stress. 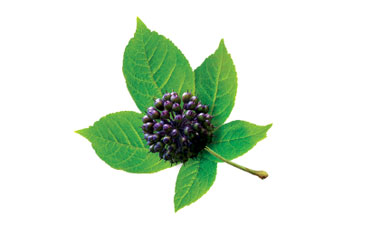 Siberian ginseng is an adaptogenic plant with calming properties that promotes emotional and physical well-being and intellectual performance. 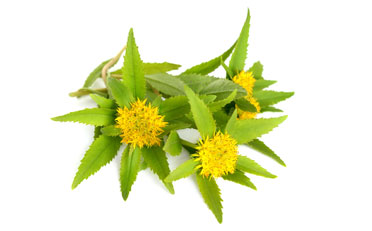 Rhodiola (Rhodiola rosea) is widely found in the Arctic and mountainous regions of Europe and Asia. Rhodiola was used by the Vikings, who discovered it in Iceland, to increase their physical strength and endurance. It was considered a magical plant, hence the saying: « The man who uses the pink root will remain powerful for two hundred years ». It is a popular plant in Eastern Europe and Asia for its ability to stimulate the nervous system, improve work performance and reduce fatigue, particularly caused by overwork.

Rhodiola is ananti-stress plant, known as an adaptogen* which helps to resist overwork by reducing nervous tension and stimulating physical and mental performance. 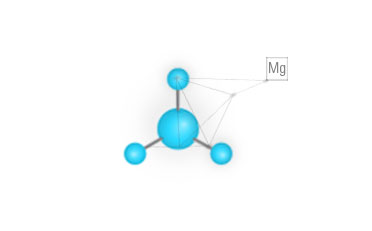 Magnesium (Mg) is the cofactor of more than 300 enzyme systems. It plays an important role in the metabolism of the human body, where it contributes to the normal functioning of the nervous system and good muscle function.

Magnesium helps to reduce fatigue particularly during periods of overwork, and to maintain good psychological functions. 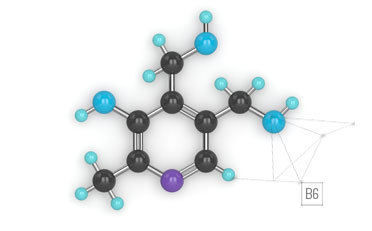 The effectiveness of vitamin B6 is recognised at European level, which has established a causal link between vitamin B6 intake and a reduction in fatigue, a good balance of the nervous system and a contribution to the maintenance of good psychological functions.

Vitamin B6 helps to reduce fatigue especially during periods of overwork, and to maintain good psychological functions.

What is an adaptogenic plant?

Etymologically, the term adaptogen comes from the Latin « adaptare » " which means to adjust, to adapt and from the Greek « gen » expressing the term « produced by ». An adaptogen plant allows to better manage stressful situations by increasing physical and mental resistance. The body becomes more resistant to biological, emotional and environmental stressors.

Why combine adaptogenic plants with magnesium and vitamin B6?

The combination of adaptogenic plants such as Siberian ginseng and Rhodiola with Magnesium helps to break the negative cycle of stress and to better manage stress in order to regain well-being and serenity. 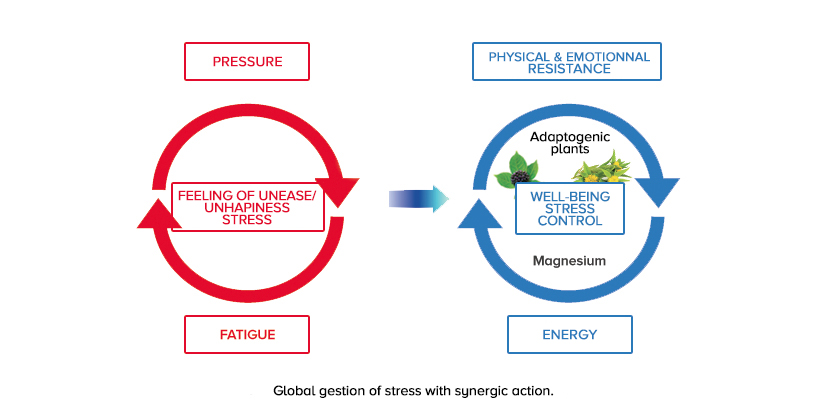